76* for Lewis Hewitt in comprehensive defeat of HSBC

With the Bankers not having the best start to the season, Broadstairs fancied their chances and after some early morning precipitation Andy Marshall won the toss and decided to bowl first. HSBC had turned up with only 10 men.

Archie Ralph Harding entrusted with the new ball and he used it well, swinging the ball away from the batsman and beating the edge regularly. Bradley Ellison was doing the same at the other end, thinking he’d got the first wicket in his second over, the ball beating defence and kissing the leg stump, unfortunately the bail didn’t dislodge. Both bowlers kept scoring to a minimum but it was in Archies fifth over when the breakthrough was made, bowling Butt 16-1.

Archie finished his opening spell of 6 overs for just 18 runs and he was replaced by young speedster Harry Carter. Harry bowled well and in tandem with Ellison they restricted the scoring shots. This frustration led to a suicidal run out, the ball hit to Carters left and the batsmen set off. However, they had underestimated the fielders arm and a decent throw into Lee Hewitt meant that HSBC were 42-2.

Bradley Ellison finished his spell of ten overs for 24 runs and with Harry’s first spell identical to Archies except in the wicket column.

The spin duo of Oli Frewin and Ashley Ellison were brought into the attack, both have bowled well so far this year and look like taking wickets and true to form this is where things started to happen. With the score on 100, Zakeer attempted to play across the line to a full delivery from Ash and was adjudged LBW. Two overs later and the man they call the Walrus got his second, the batsman advanced down the track, missing the ball and Lee doing on the honours behind the stumps. 112-4 then became 126-5 with Frewin (9-0-22-3) getting in on the act and bowling Julka in his seventh over, Wright LBW in his eight over and Barker caught in his ninth over, 140-7. Ash finished his spell 2-25 from 8 overs and Harry Carter (7.1-0-21-2) was brought back in to clean up the last two wickets and he did just that!

Firstly a quick yorker which beat the defence of the batsman, a feat he repeated with the first ball of his next over and HSBC were all out for 141.

The only negative from the bowling and fielding performance was the amount of wides, 23 in total! Something for us to work on.

After another legendary Broadstairs tea, Lewis Hewitt and Tom Marshall opened the batting. Lewis was in no mood to hang around, hitting two boundaries in the first over. Marshall also started positively with a two followed by a classy leg side boundary but then fell to the fourth ball of the second over (6) cutting to point. BCC were 14-1,  Archie went in at 3, and as with Lewis, his first 2 scoring shots were boundaries.

HSBC were unable to contain these two exuberant batsmen, they played shots all around the ground, Hewitt doing what he does best, power hitting over the top, mixed with glorious cover drives, Ralph Harding was also keeping up at the other end with his own attacking style that is a joy to watch! Shot after shot from these two had the ever increasing crowd of spectators, clapping and cheering.

The Broadstairs 50 came in the eighth over, 2 overs later with the score on 65, Archie (20) played one shot too many and found a fielder. Nathan Fox joined Lewis and picked up the singles so that Lewis could keep the destruction going.

Nathan was eventually bowled (11) but Broadstairs were 107-3 in the seventeenth over. It was just a matter of time before they were able to sample the BCC beer and the HSBC boys could get back for the champions league final!

Lewis brought up his half century, a fantastic innings, punishing the bad bowling, treating the good balls with respect and stealing singles along the way. Harry Carter had joined Lewis, he was in no mood to waste any time. After a couple of overs getting his eye in it was Ahmed who felt the wrath of Carters bat, three enormous sixes in one over took Broadstairs over the line in the 21st over, Carter finishing unbeaten on 26 and Man of the Match Lewis Hewitt 76.

Broadstairs travel to top of the table Bexleyheath next week, a tough game and they will need to be at their best. 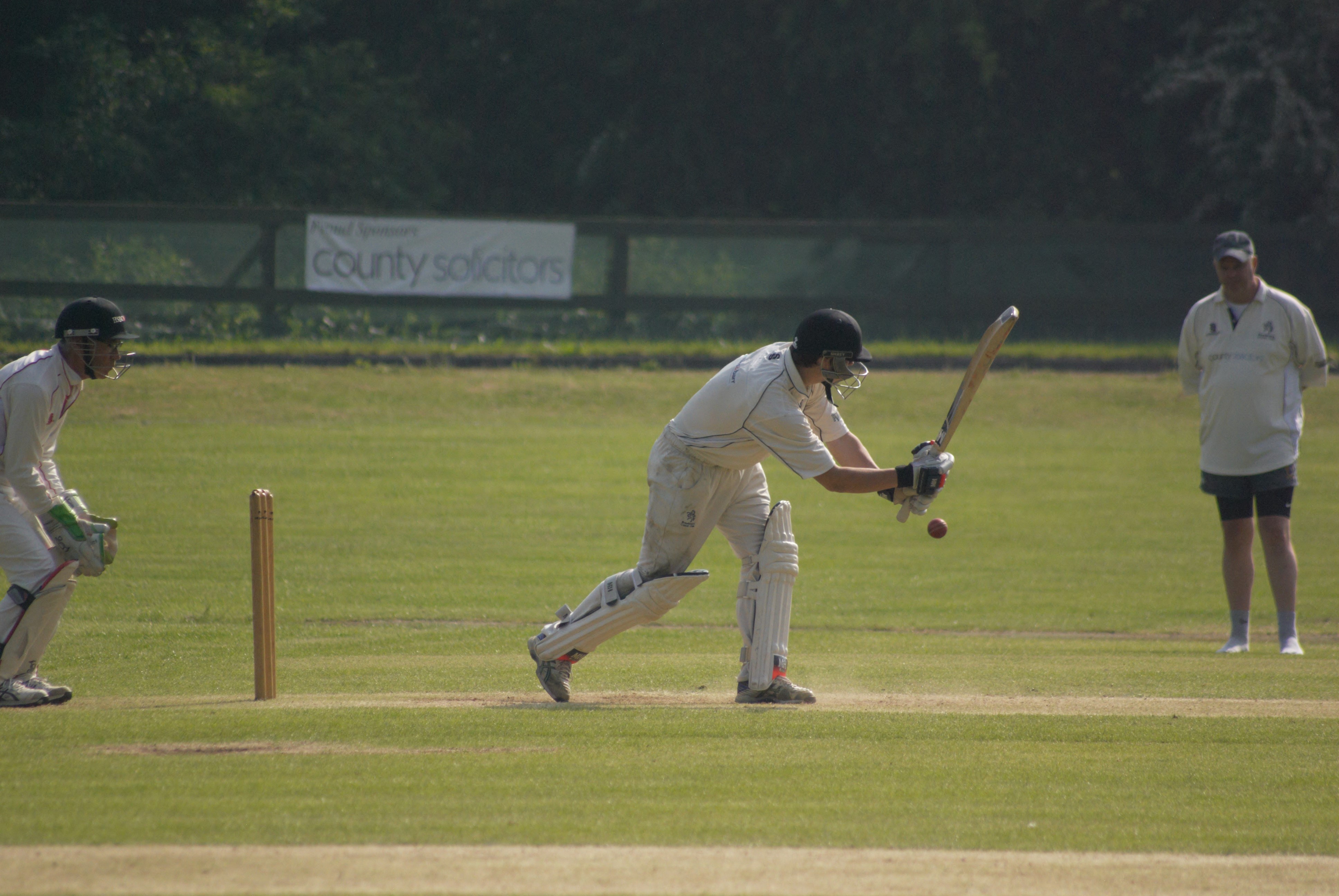 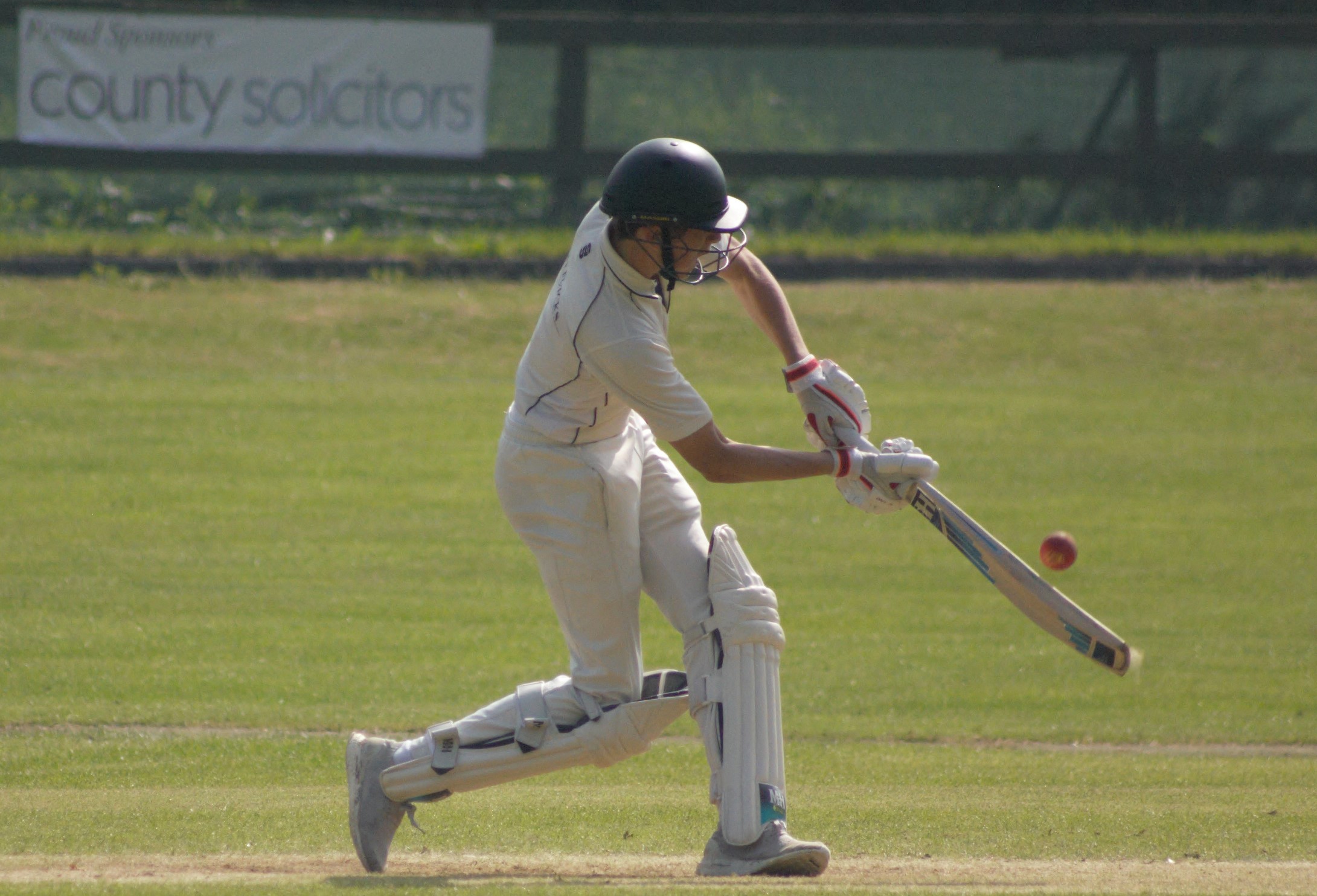 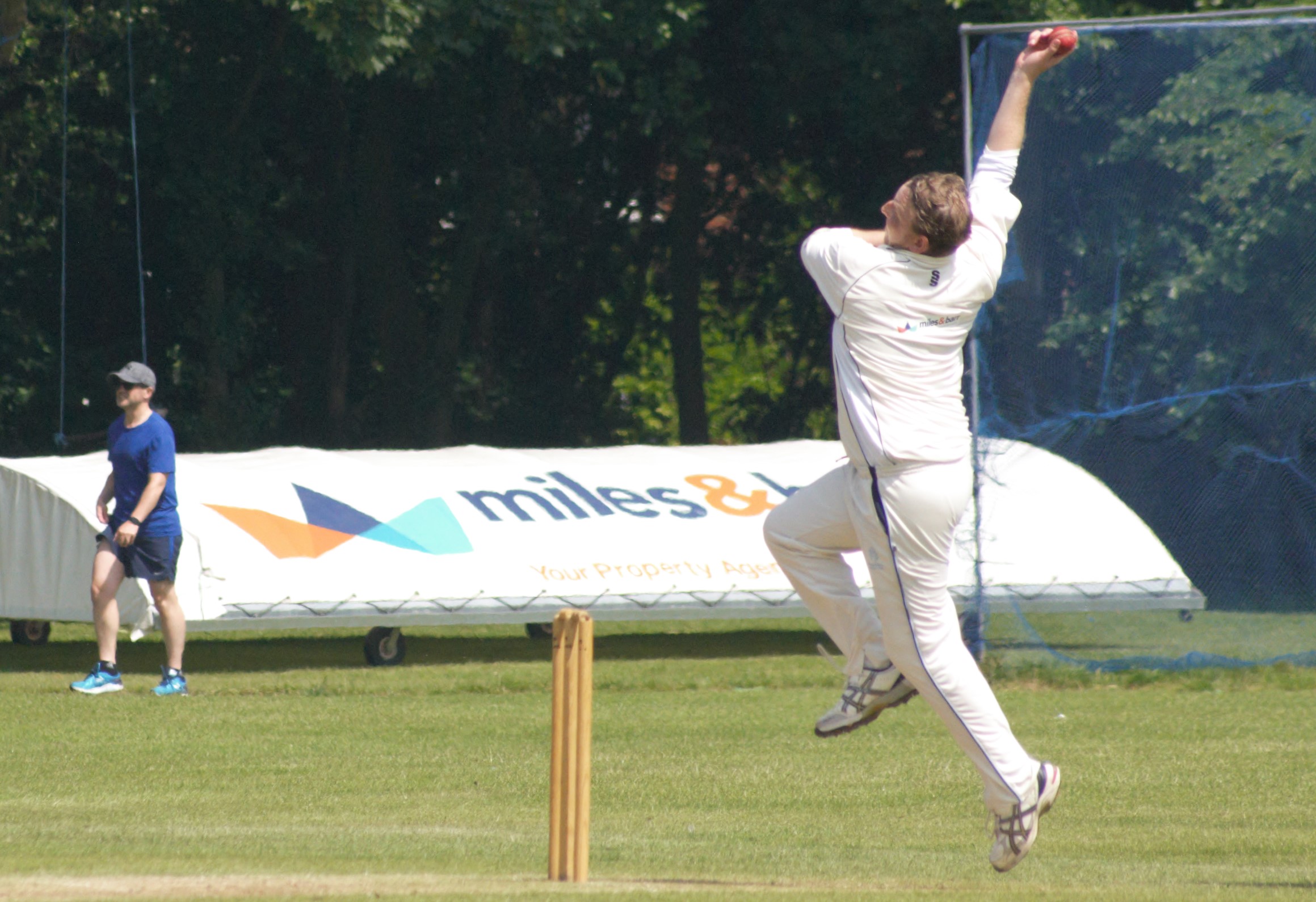 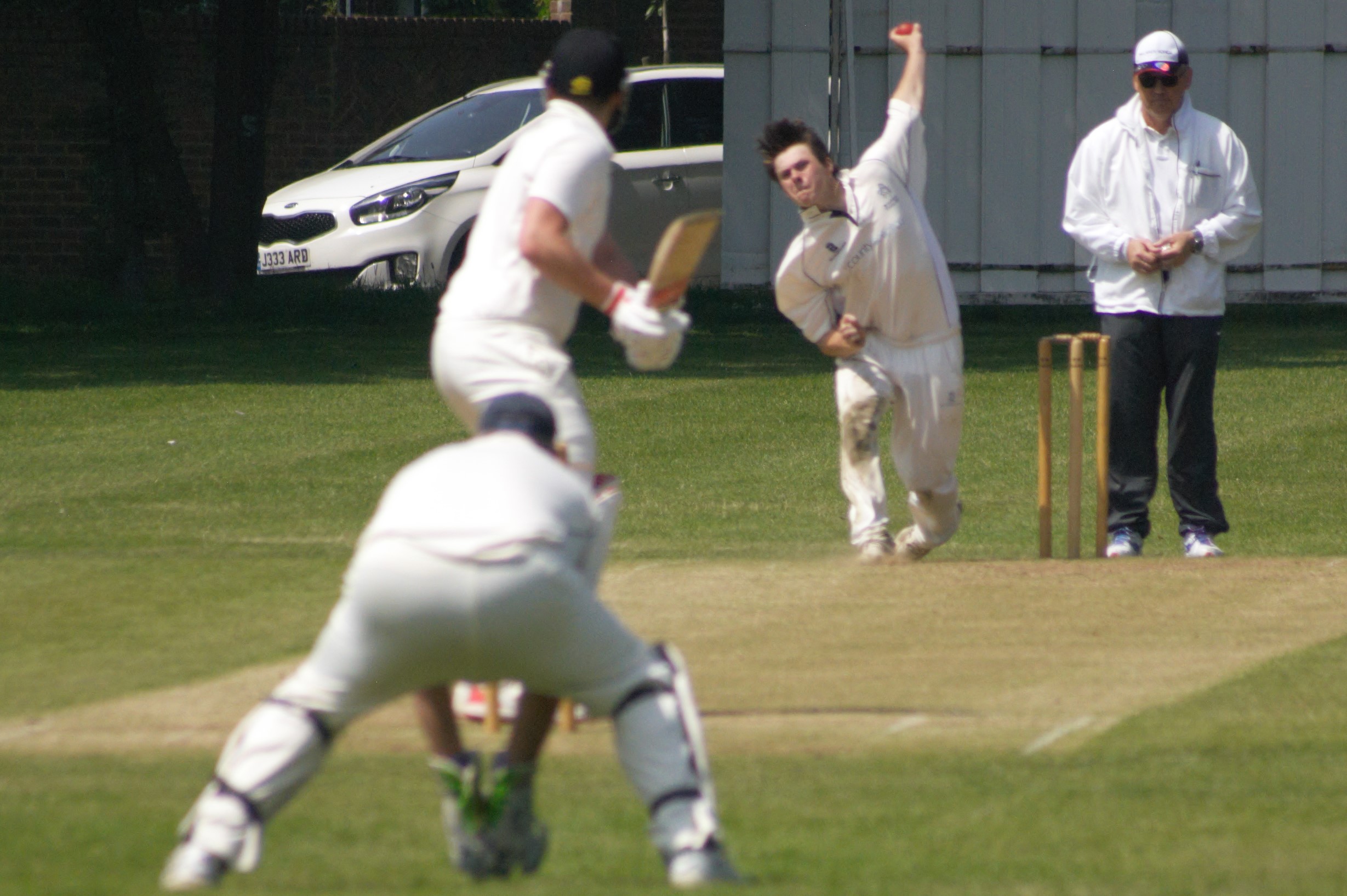 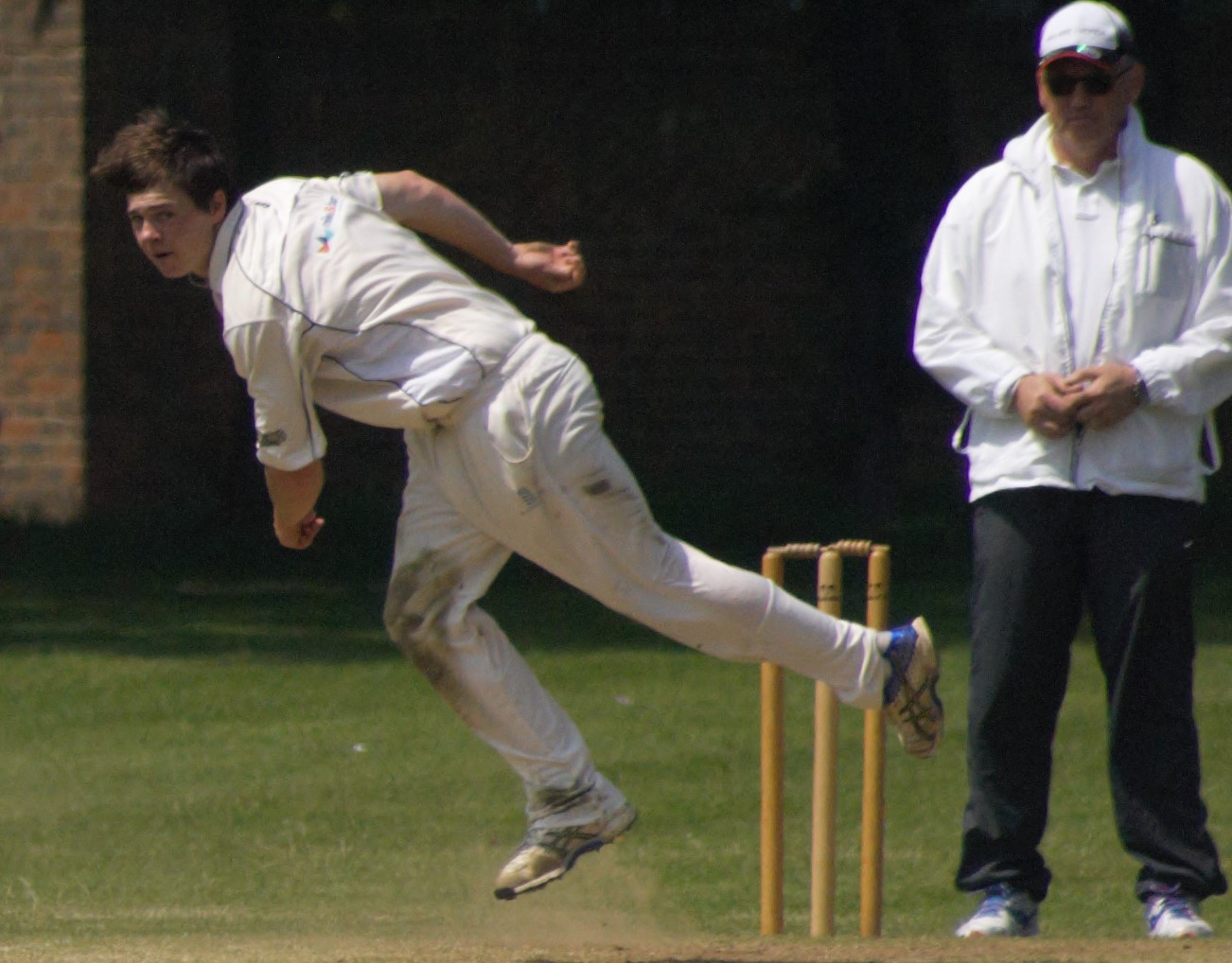 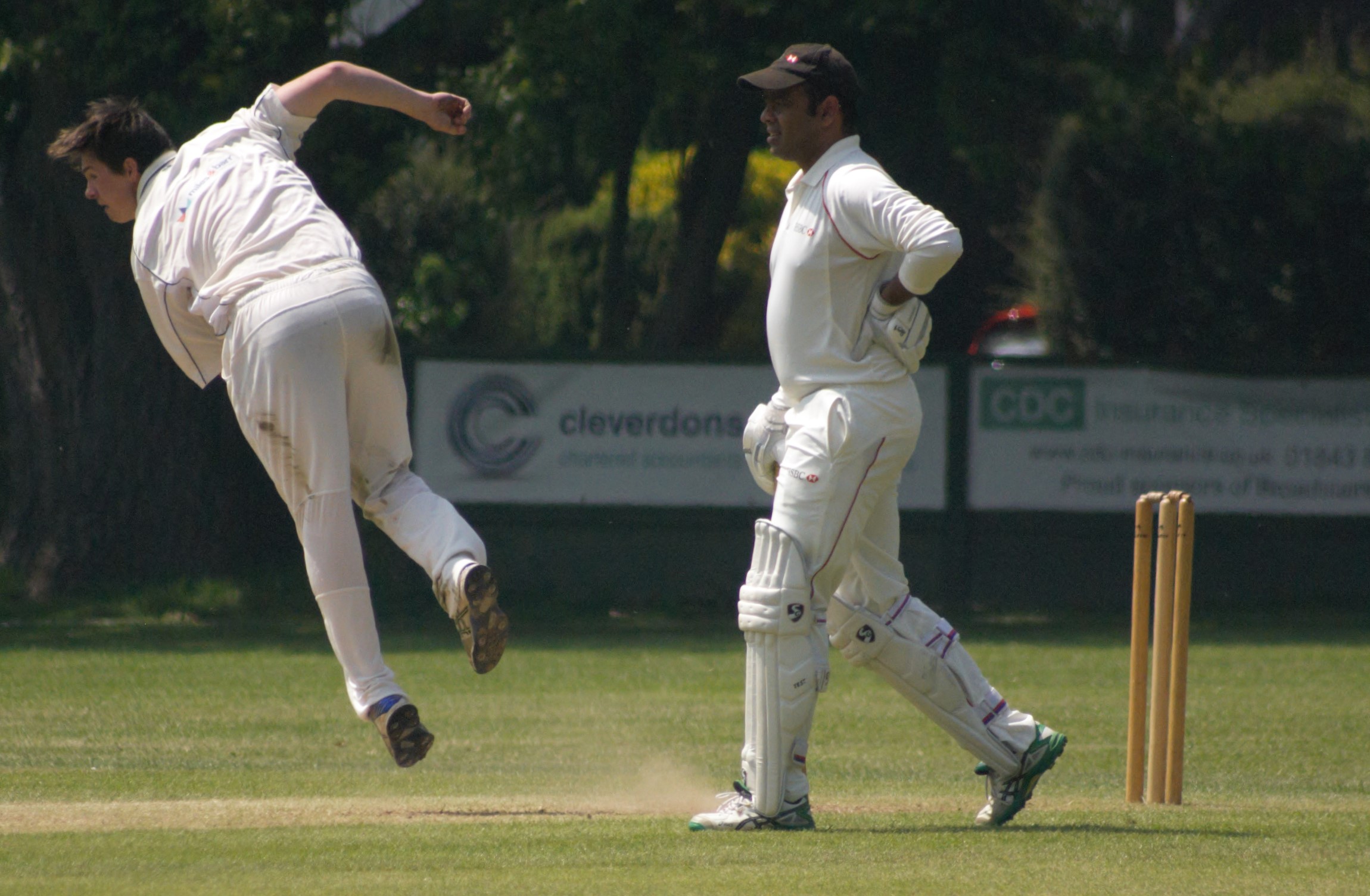 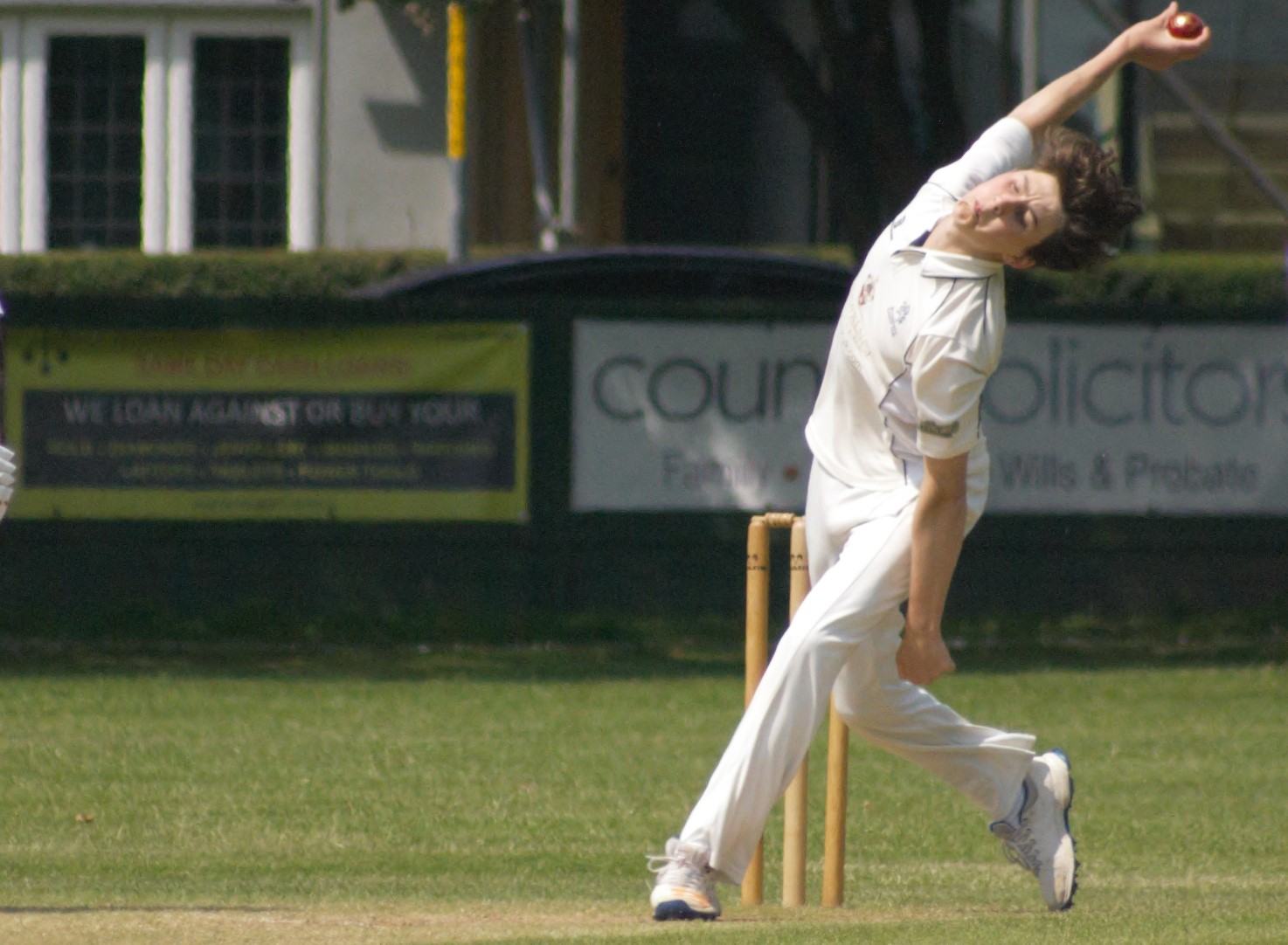