Broadstairs had a comprehensive victory over visitors Orpington this week.

Losing the toss, Broadstairs were asked to bat, Lewis Hewitt and Tom Marshall opening up. Lewis (8) hitting a boundary in the first over but lost his middle stump in the second over (9-1). Archie Ralph-Harding joined Tom and the youngsters built a steady partnership. Archie piercing the field on the off side with ease but he eventually fell for 23, caught at mid-wicket (40-2). Matt Frewin (68) and Tom then added 40 for the third wicket. Tom clinical with anything on leg stump and Matt ticking the score over with his various array of shots. Both looked comfortable at the crease, the odd ball keeping low but in general it was a very good bating track. Tom (22) was adjudged LBW and Harry Carter walked out to the crease on the back of his fantastic 71 last week.

Both Carter (100*) and Frewin batted sensibly, turning ones into twos, working the field by stealing singles and punishing the bad ball, causing the Orpington bowlers to try something different. Both batsmen brought up their 50’s, Harry first of all, Matt followed suit in the next over. Scott Narraway making his first appearance of the season, sat with his pads on for duration of this partnership but walked into bat with 7 overs remaining after Matt was caught at midwicket trying to punish a short delivery, his knock of 68 included just 3 boundaries and showed the importance of keeping the scoreboard ticking over with ones, twos and threes. This fantastic partnership of 137 had propelled Broadstairs to 217-4.

Scott (36*) helped Harry edge closer to three figures as well as hammering a few boundaries, 65 runs came in the last 7 overs. At the start of the 50th over, Scott was on strike and Harry was 89*, Scott managed to get a single first ball, Harry found a boundary off the second ball, a single off the third, Scott got a single from the fourth and 2 was scored from the fifth leaving Harry on 96 with 1 ball to come. The senior pro then used his vast years of experience to walk down and talk to Harry, telling him to pick his spot and commit to the shot. Harry did just that, hitting the ball flat over mid-off for the boundary to bring up three figures and finish unbeaten on 100 from 93 deliveries including 13 boundaries. Broadstairs had amassed 282-4 from their 50 overs.

The down side to batting first at Broadstairs is that we have to run around after having a fantastic tea that included, hot dogs, pasta, chicken and off course plenty of cakes, No other club does teas as well as us!!!

Bradley Ellison (10-4-14-1) and Archie (6-2-19-2) once again shared the new ball, Archie making the breakthrough in his first over bowling Atkinson for 1. He picked up a second in his next over,  surprising the batsman with a short delivery and the ball lobbed up to Ashley Ellison at mid-on. Orpington were 11-2 and soon became 18-3 when Brad after having one very close LBW turned down, managed to produce a similar delivery, this time getting the acknowledgment from the umpire. Harry (5-0-36-0) replaced Archie but carrying a slight knee injury and perhaps fatigue from his century, he was unable to find the right areas.

The spin twins were then brought into the attack, first Oli (10-3-34-5) striking with his second delivery, bowling Lessey (73-4). The left armer struck again a couple of overs later, bowling Graham (78-5). Ashley (9.5-2-30-2) was toiling away at the other end without much luck. The Orpington skipper Watts (38*) was not taking any chances and frustrated the BCC bowlers but could anyone hang around with him?

Morrow was next to go, attempting to hit Oli back over his head but only succeeded in picking out Lewis at mid-off. His fourth and fifth wickets followed quickly when Ingram was clean bowled, the next delivery was a carbon copy of the previous to send Naylor back after 1 ball (115-8). The field was brought in for Oli’s hattrick delivery, short and wide of off stump, the batsman managed to get 2 runs (something to work on Oli!). Ashley finished off the innings, Lewis Hewitt taking the catch to give Broadstairs their 9th wicket and after an over from Brian Simpson (1-0-1-0), Oli then claimed the final catch from Ash and Orpington were 139 all out. Watts having batted through the innings even though he was hungover after spending Friday night in Broadstairs and visiting the local establishments.

For the second week running, Harry Carter gets MoM for his magnificent century, special mentions to Matt Frewin for his 68 and Oli Frewin for his 5-34 taking him to 18 wickets and remains the clubs top wicket taker. The top 5 being dominated by spinners:

Again the only negative was the amount of wides, especially with the umpires being more lenient on the legside wides. A total of 17, we need to keep that down to single figures against tougher opposition.

It was also great to see so many spectators watching and enjoying the game and spending money behind the bar. Don’t forget about the BBQ in a few weeks time.

This win means Broadstairs remain top of the league after 6 games, 12 points clear of Sidcup. We travel to fourth placed Old Wilsonians next week and pick up some old rivalries. 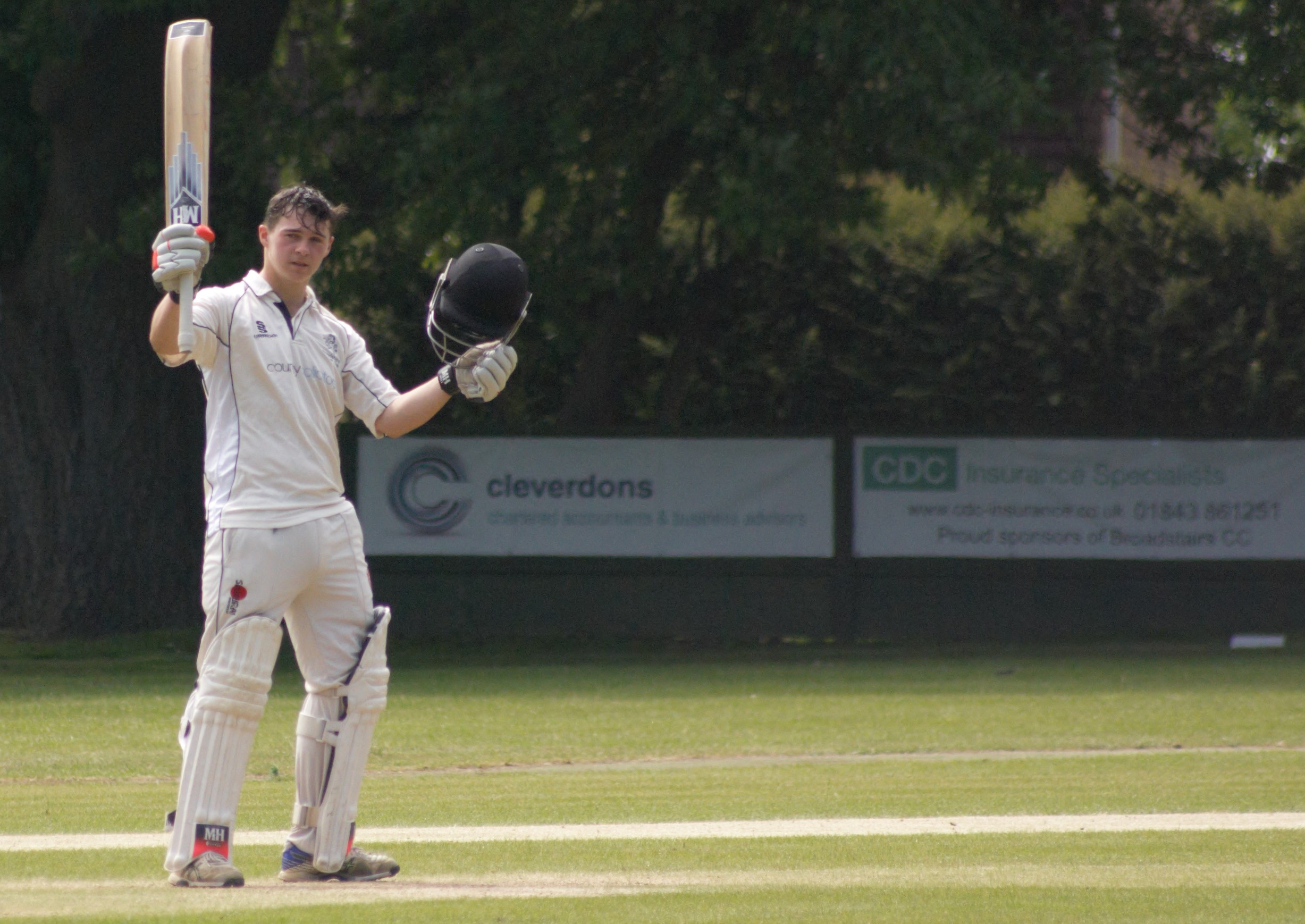 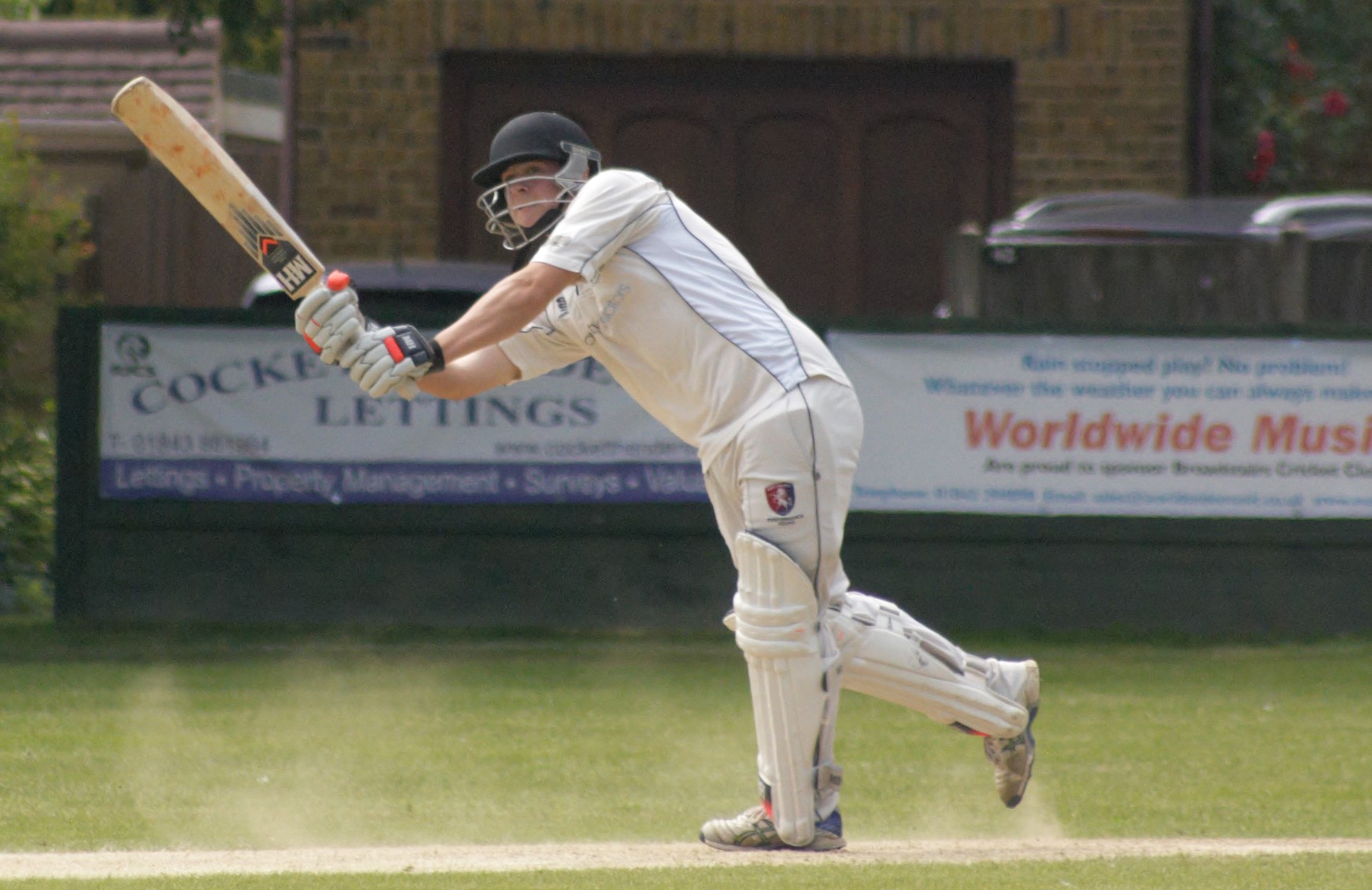 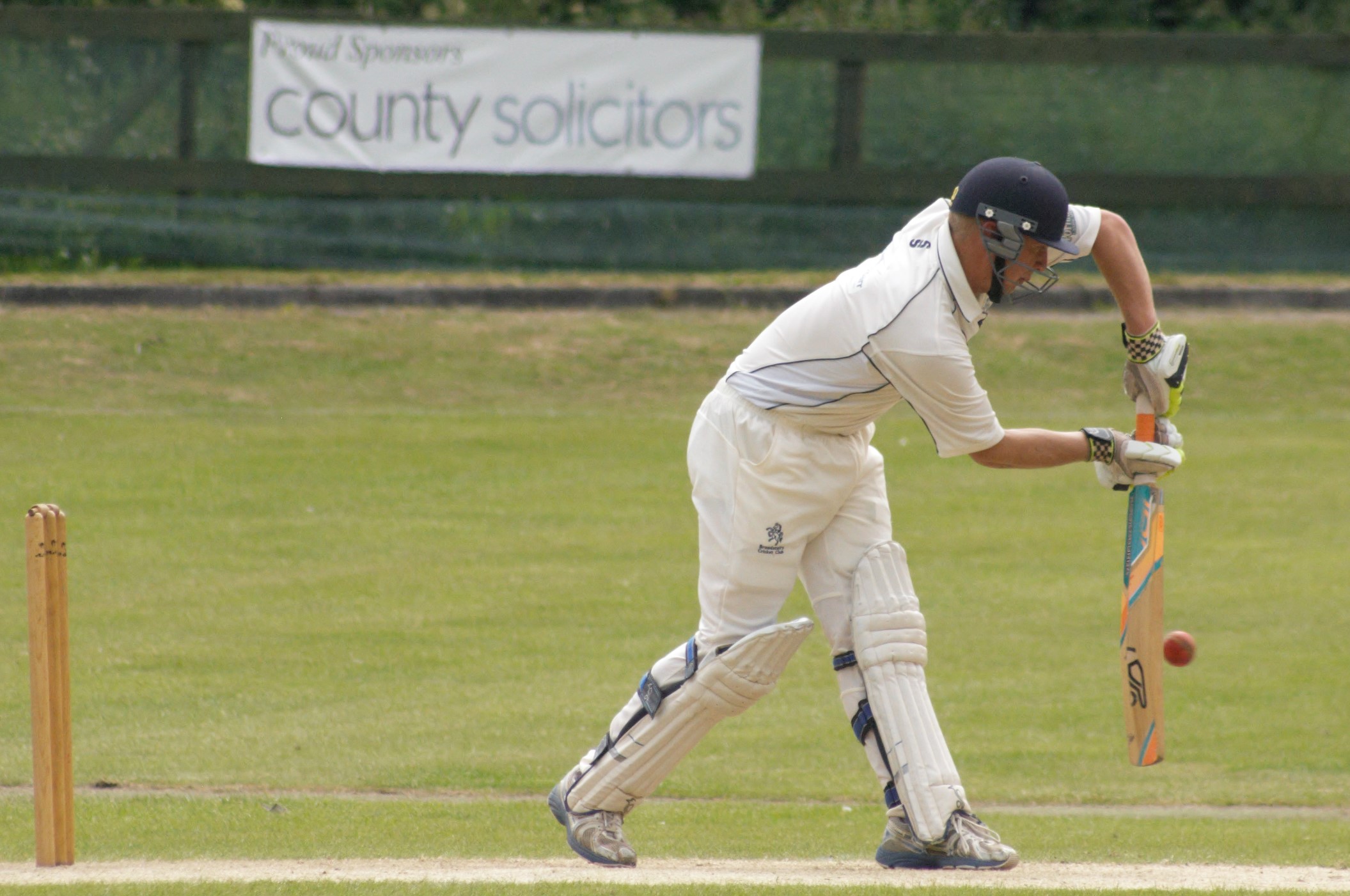