Old Wills won the toss and asked us to bat, Andy was happy with that decision as we would have had a bat.

The early loss of Lee seemed to be reason enough for Old Wills to have bowled, Siva was swinging it nicely and beating the bat time after time. George and Tom dug in and saw off the new ball. George (7) fell in the twelfth over, caught from a leading edge (37-2). Luke (26) strode to the crease with intent and struck three boundaries and a maximum in his first four scoring shots, Tom the other end was also dealing only in boundaries, five boundaries before his first single.

The 2 pushed on, the ball had lost it shine and the bowlers accuracy waned as they racked up quite a few legside wides. Luke was caught behind in the 25th over from the unconventional action of Perera (86-3). Natty (4) joined Tom and was at the crease to shake his fellow under 15 teammate by the hand when Tom reached his half century, it was a very Athertonesque innings, digging in and punishing the bad bowling when required.

After Natty was adjudged LBW (99-4), James (27) brought his experience to the crease, helping Tom concentrate as well as taking the pressure off by hitting boundaries and rotating the strike. The pair shared a stand of 65 in 14 overs before James was excellently caught and bowled by Perera just as he was going on full attack (166-5).

Andy (19*) joined Tom but 11 runs later Tom tried to flick a legside delivery to the boundary only to pick out short fine leg who took the catch. It had been such a well-constructed innings that the ground actually fell silent, apart from the Old Wills celebrations! We were all gutted that he was just 12 runs short of three figures but he crossed the boundary line to rapturous applause and plenty of pats on the back.

Oli (3), a couple of lusty blows from Callum (10) and 2 not out from Brad and we had mustered 209 from our 50. We felt that maybe we should have totalled a few more, Old Wills are dangerous and we’d have to bowl well.

Brad and Luke opened and the first wicket fell in the fifth over, Brad getting his bunny Siva with a shortish delivery and the batsman top edging to James at slip (my first wicket in 27 overs!). 16-1 became 44-2 when Brad struck again, removing the other opening bat LBW.

Oli replaced Luke and struck in his second over, the dangerous Old Wills skipper well caught behind by Lee (68-3). This soon became 69-4 when Brad with the last ball of his spell, swung one away from occasional 1st team player Chris Scott, who hung his bat out, bowler, keeper and slips were convinced there was an edge to Lee and the umpire raised his finger.

Surely we were home and dry, even more so when Oli trapped the number six right in front (72-5). George was into the attack and was on the money straight away, fizzing the ball past the batsman’s edge, then picking up his first wicket with a googly in his third over (81-6) the very next delivery was a replica of the previous, spinning back through the gate and George was on a hattrick (81-7). The batsman took his time, the fielders surrounded the bat, George delivered, the batsman lunged forward, the ball hit pad, then bat and lobbed gently up into the air, Oli dived forward but couldn’t quite reach the ball before it landed just in front of him. A brilliant over from George that had put us on the brink of victory, there will be plenty more hattrick opportunities in the future I’m sure.

Then with the score on 101, the Old Wills number 10, knocked the ball around the corner to fine leg, he was called through for a single, but what the batsman running to the danger end hadn’t reckoned on was that the fat, old boy at fine leg had an arm, Brad swooped on the ball took aim and smashed the top of middle stump with a rocket throw. The batsman carried on running to the pavilion (101-8). Ash then finally got the number 4, the batsman picking out Natty who took a superb catch in the deep (the ball really slapping into the under 15s skipper's hands but he held on) and with Oli just bowling a straight one to the number 11 we had secured a 94 run win. Old Wills had gone from 68-2 to 115 all out

A great display of bowling and fielding from all after Tom’s superb innings had given us a chance. No surprise that Tom has secured MoM this week, as with Archie last week, it was a pleasure to have watched.

Next week we welcome bottom of the league Gore Court, another win is required to ensure our promotion hopes are kept alive. 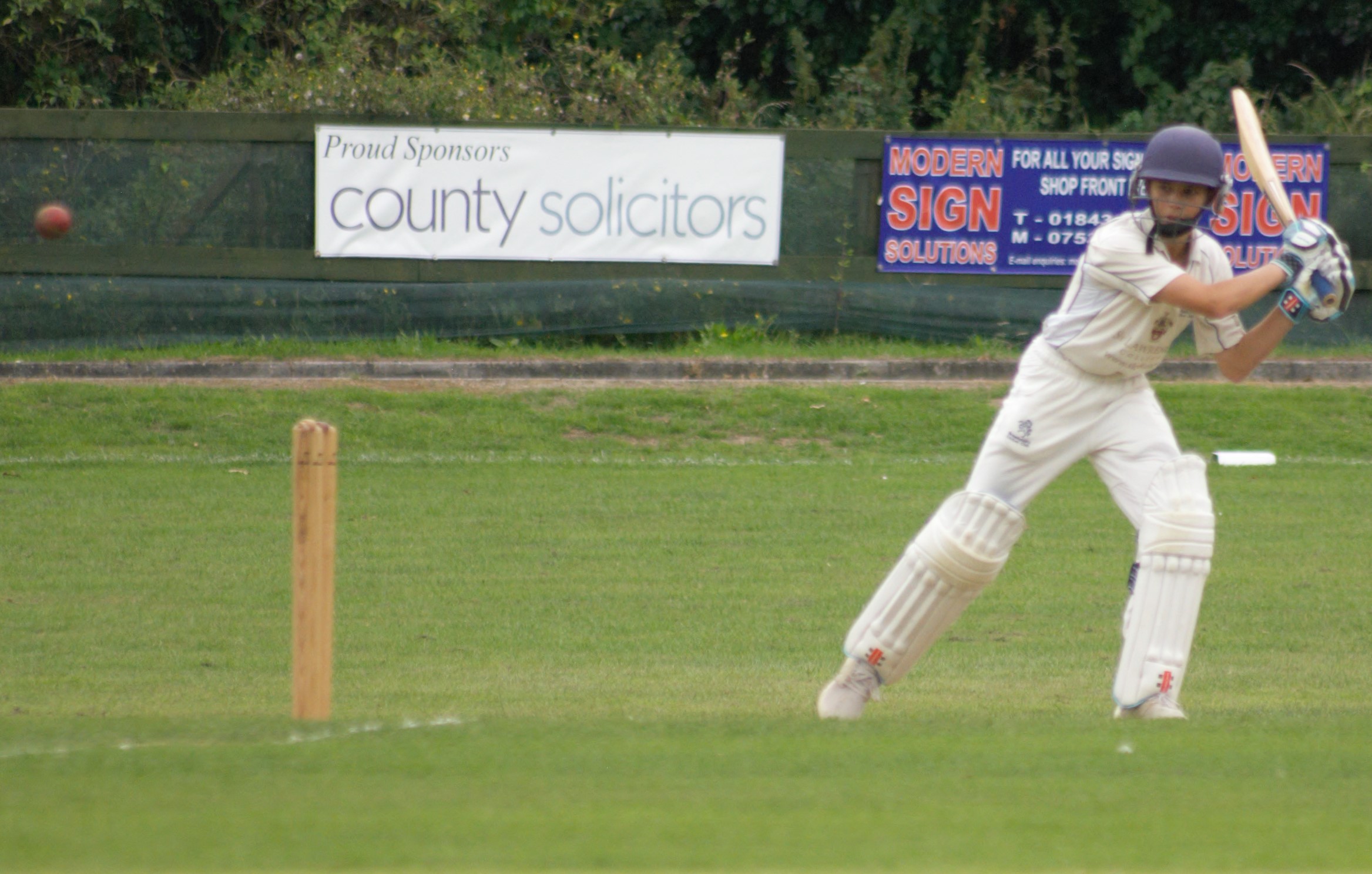 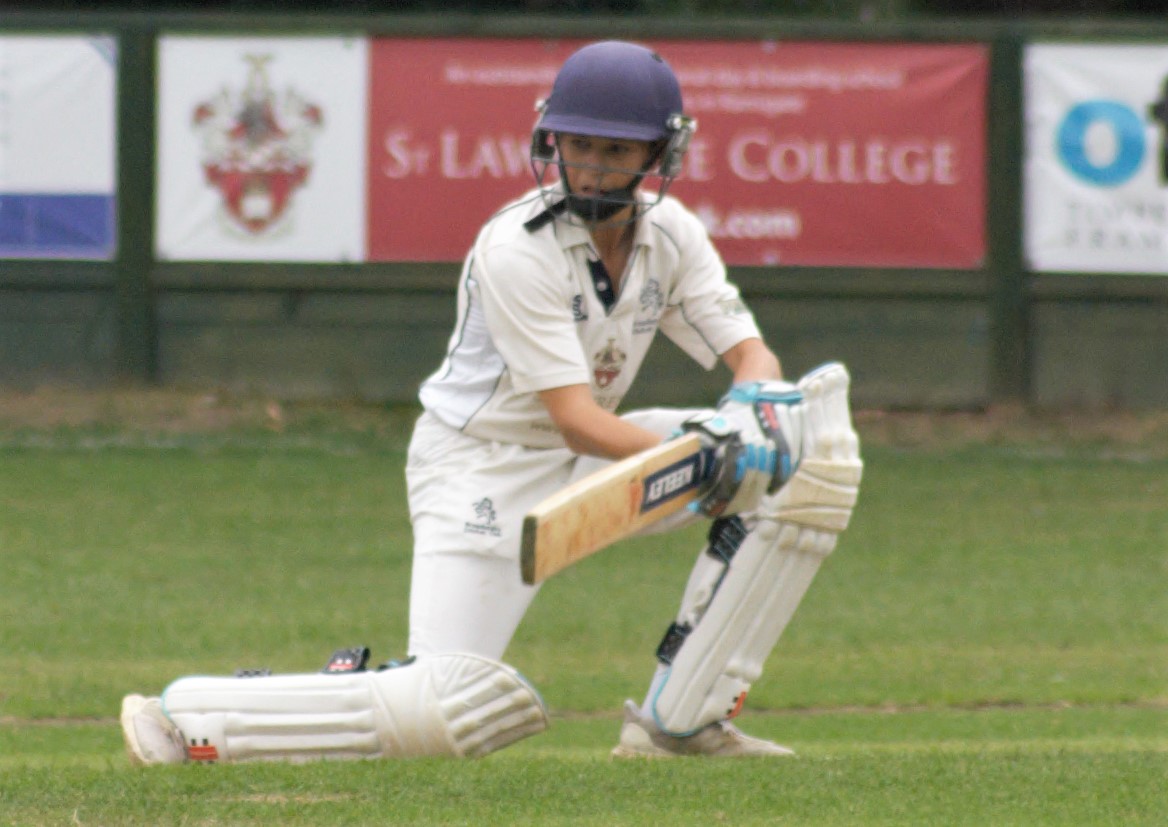 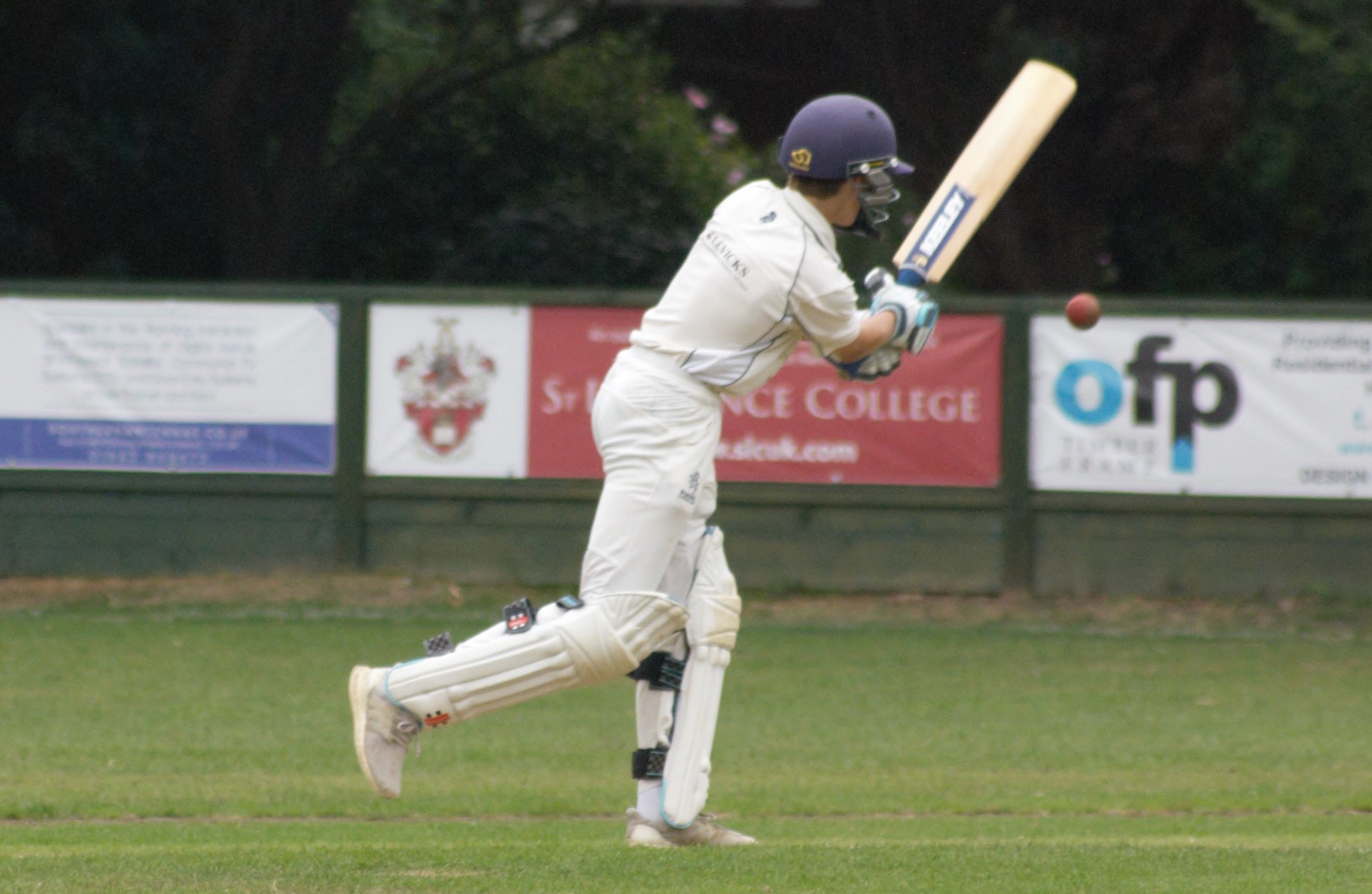 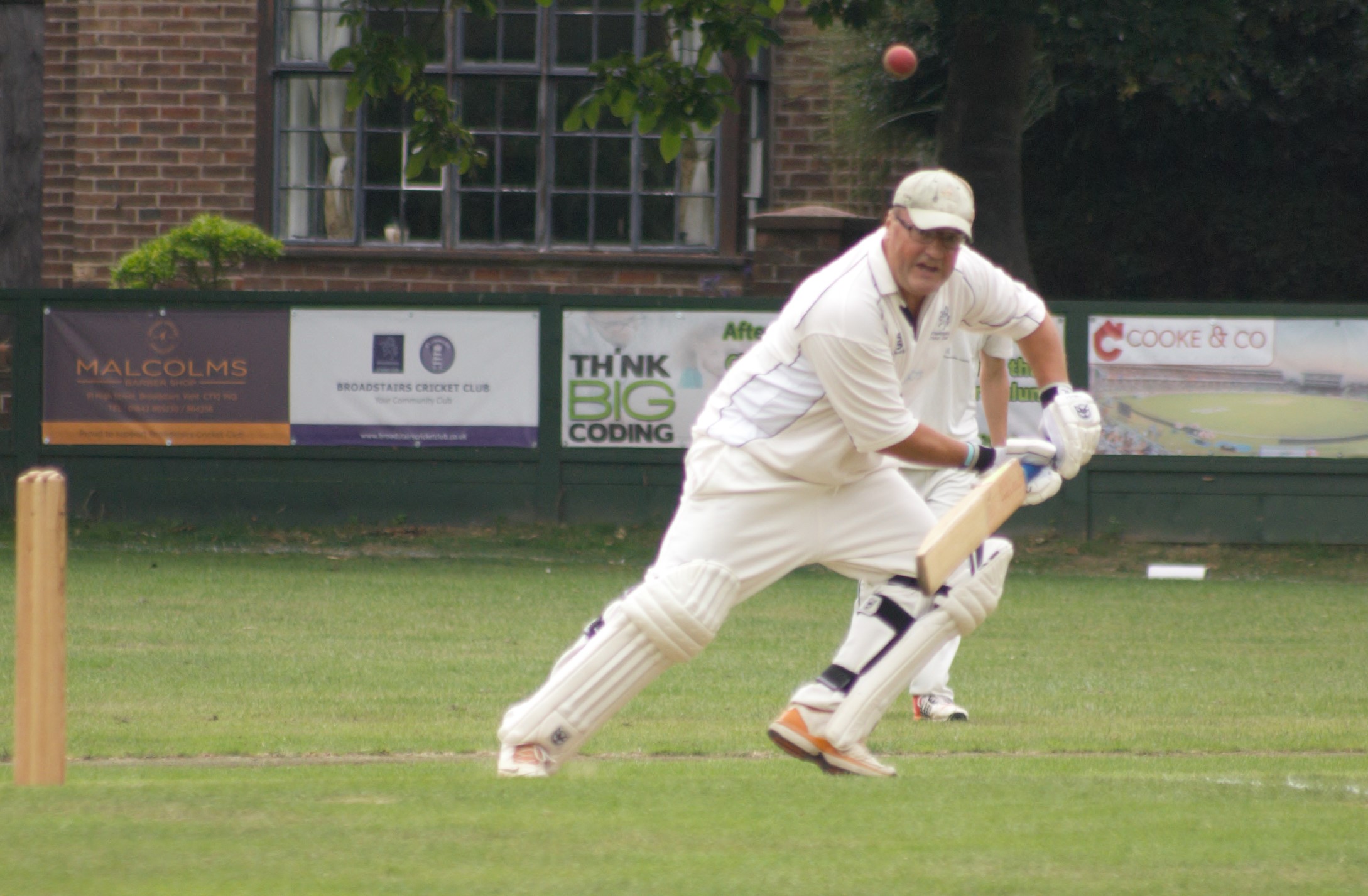 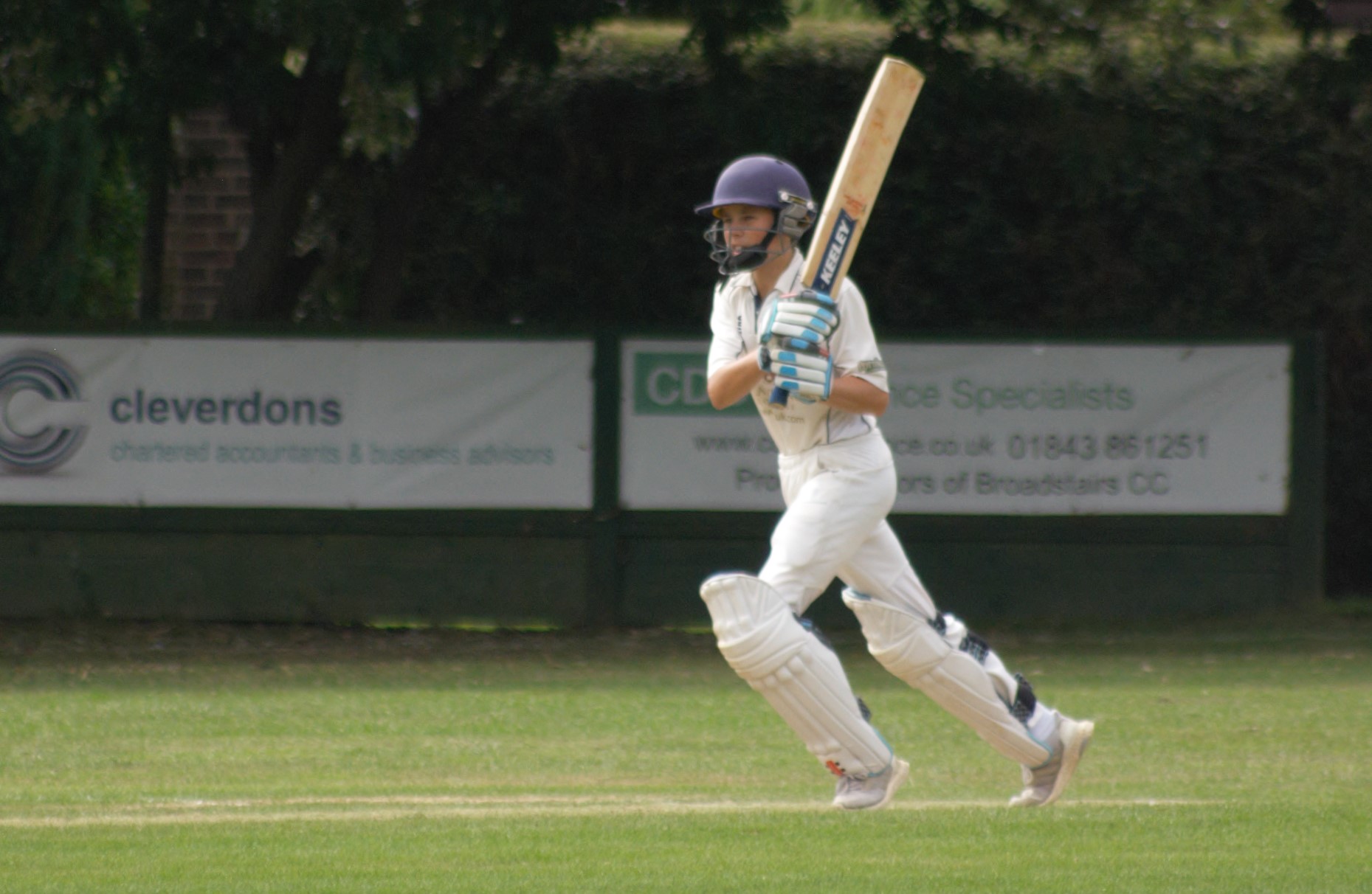 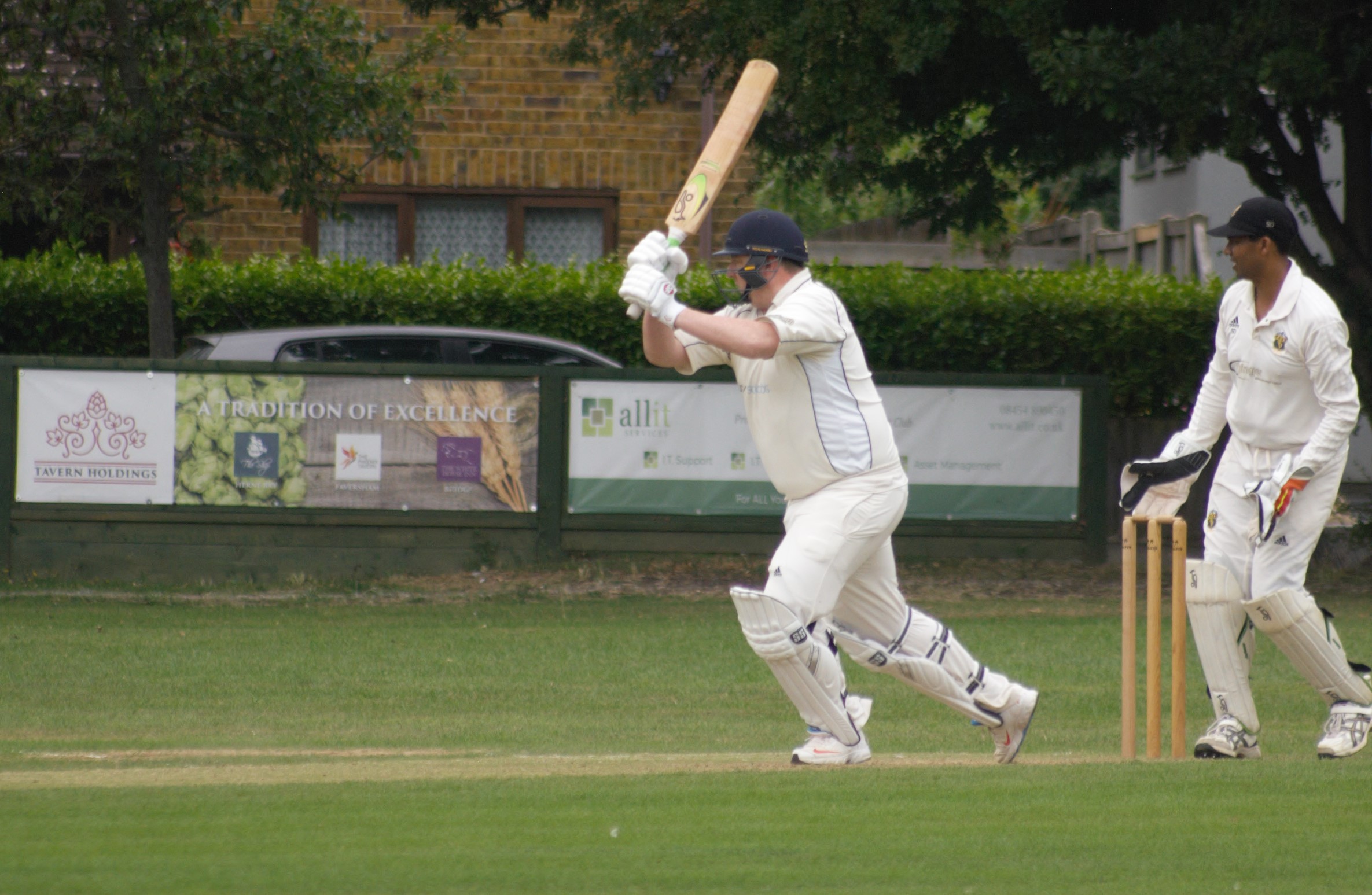 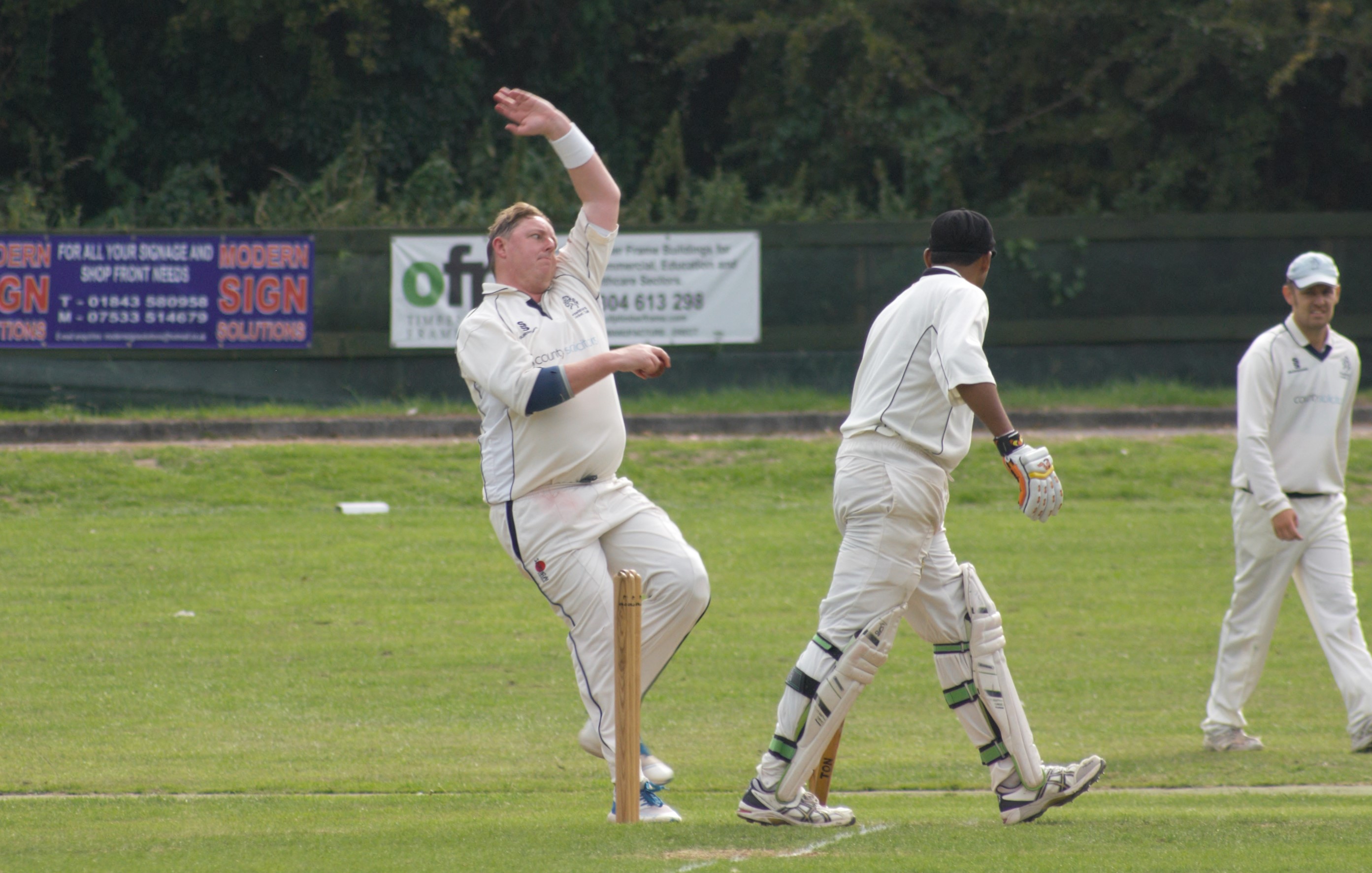 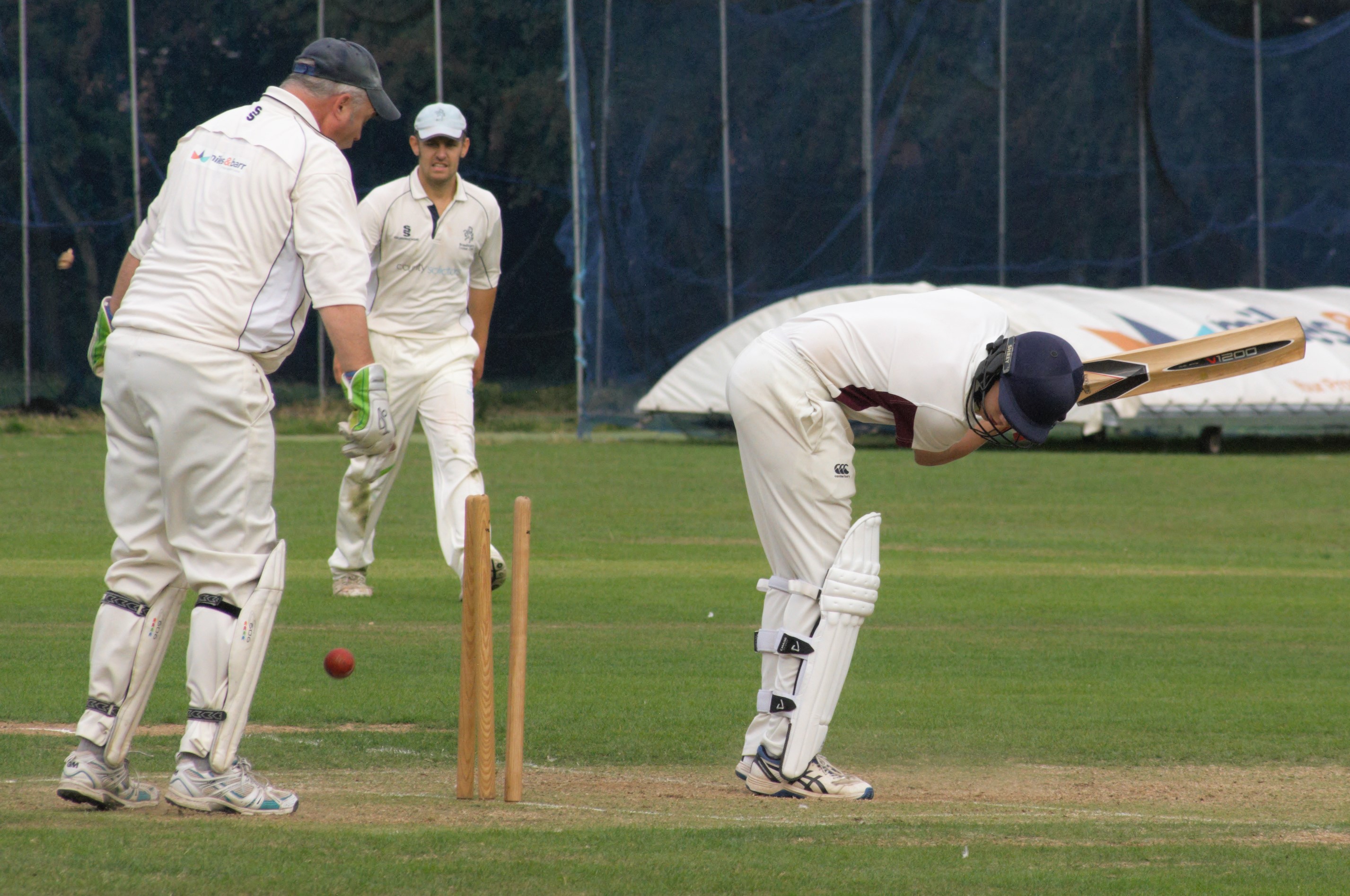