Broadstairs hosted Orpington CC this week, a team that they had beaten comprehensively earlier in the season. However, as the 1st XI have found on numerous occasions in recent weeks, their early season form, especially in the batting department, can be quite elusive and once again, they came up short. Losing the toss and batting first in somewhat slow and damp conditions, the opening partnership of Swaroop Dasari and Elliot Fox got off to a secure enough start, reaching 42 without loss in the 14th over. However, the loss of Dasari (22), caught at midwicket off the bowling of Alcock heralded a now all-too-familiar batting collapse with Fox (20) departing 2 overs later, followed successively by Matthew Frewin (3), Jack Wheeler (8) and Masoud Rangin (7). Things then went from bad to worse with Chris Kidd, Harry Carter and Alfie Huntley all out without scoring. By the time the 8th wicket had fallen, only 50 runs had been added to the total since the fall of the first wicket and the hosts were in dire straits. Of the middle order batsmen, only Jamie Dewell demonstrated the mix of staying power and composure that the situation demanded and whilst his score advanced steadily, he was rapidly running out of batting partners. Callum Morgan added 7 before offering a caught and bowled chance to Fotheringham which was gratefully accepted, and it was left to last man Farjad Yasir to stay with Dewell to try to see the overs out. Yasir (7) did his job admirably with some sterling defence work, enabling Dewell to reach 50 and nudge the score up to 144 before being caught at point with still more than 2 overs remaining.

Whilst a Broadstairs win still looked unlikely, they did start the 2nd innings with a slight spring in their step on the back of the last wicket partnership of 41. With injuries and absences affecting the usual seam bowling attack, the innings was opened by Carter who claimed the wicket of De Mel in his first over. This wicket brought Lessey to the crease, joining overseas Robertson and this pair looked set to attack the bowling of Carter, Frewin and Dasari, offering a series of catches that were dropped. Eventually, Dasari delivered the next breakthrough with the dismissal of Lessey in the 7th over with the score on 33. This was followed rapidly by the departure of Robertson, trapped LBW by Dewell and with the visitors now on 35-3, a glimmer of hope appeared for the hosts. Carter’s second wicket in the 13th over offered further hope however at this stage, Orpington’s resistance strengthened and by drinks they were 83-4 with the match looking somewhat in the balance. The scales tipped further towards Broadstairs with the fall of the 5th wicket immediately after the drinks break (Dewell) although with so few runs defend, further quick wickets were required. Unfortunately for the home side these did not materialise despite the best efforts of Carter, Frewin, Dasari, Kidd, Rangin and Yasir, the Orpington pair of Watts and Robinson all but saw them home.  Yasir caught Watts off his own bowling in the dying embers of the match but by this stage, the fate was sealed and Orpington completed the win with 4 wickets and 8 balls to spare.

The defeat is a blow to Broadstairs’ promotion push although they remain in second place in Division 2. With 3 matches remaining, their fate remains in their hands although they will need to reverse their recent downturn in form if they are to achieve the promotion that looked so likely in the first half of the season. 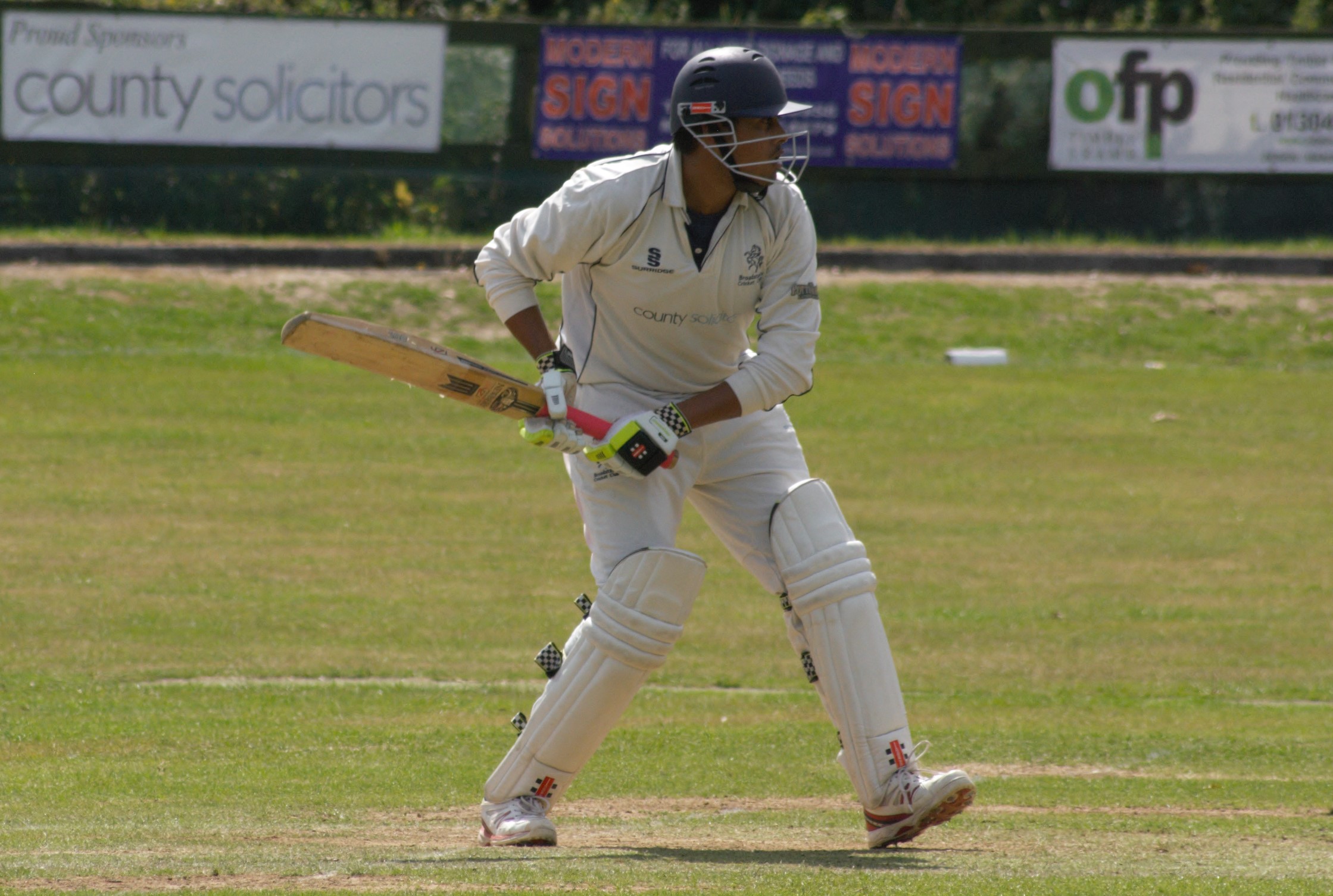